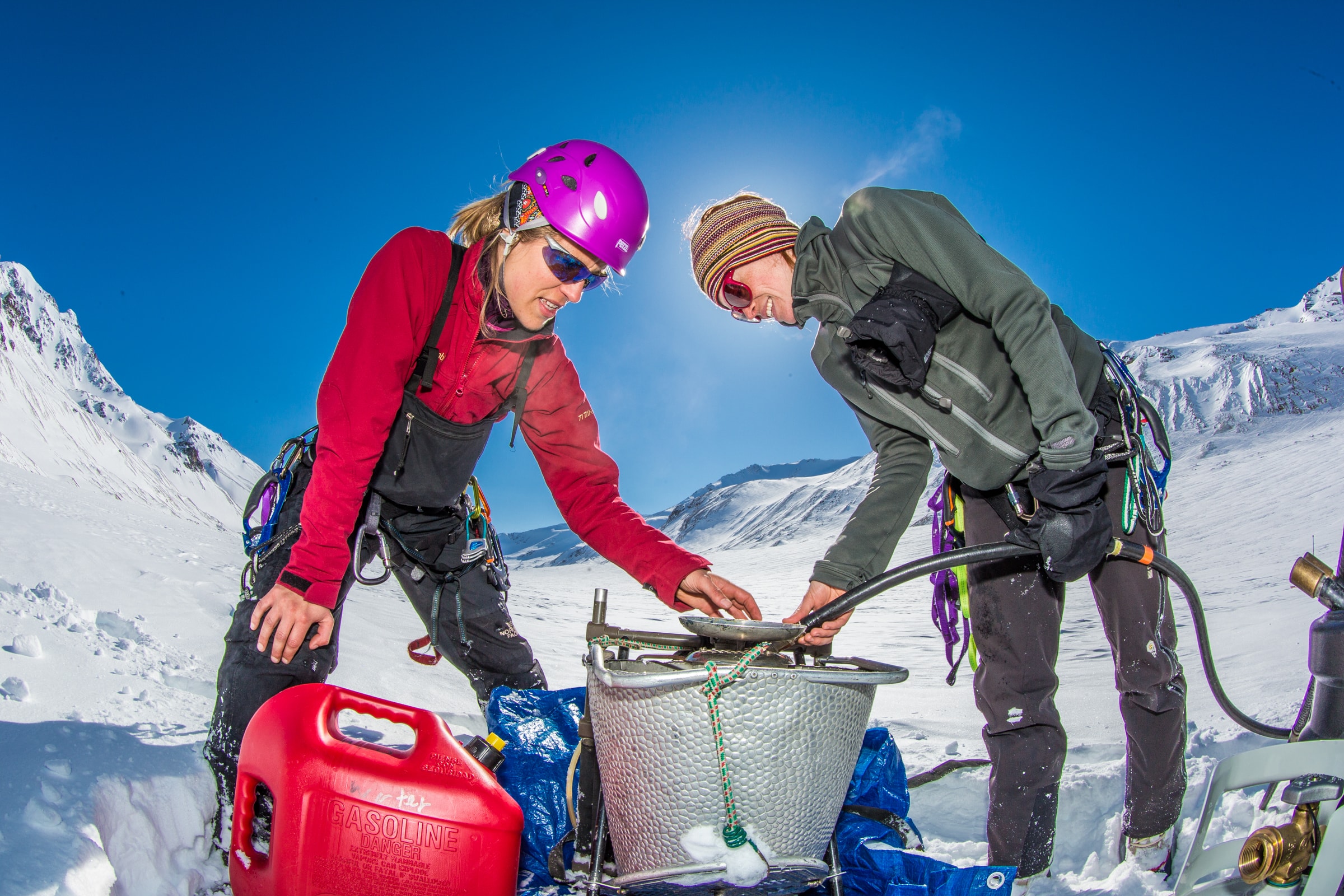 Highlight: “I’d like to see data sharing and storage go beyond a static archive and develop into a knowledge-hub framework. A place where people can create knowledge through data analyses. A place where even Big Data, such as high resolution remote sensing imagery, can be analyzed with tailored software,” – Dr. Anna Liljedahl.

Groundwater is a vital freshwater resource. Although it is often out of sight, groundwater is rarely out of mind for Dr. Anna Liljedahl and her team at the University of Alaska Fairbanks, where they are researching the role of mountain glaciers on watershed hydrology. 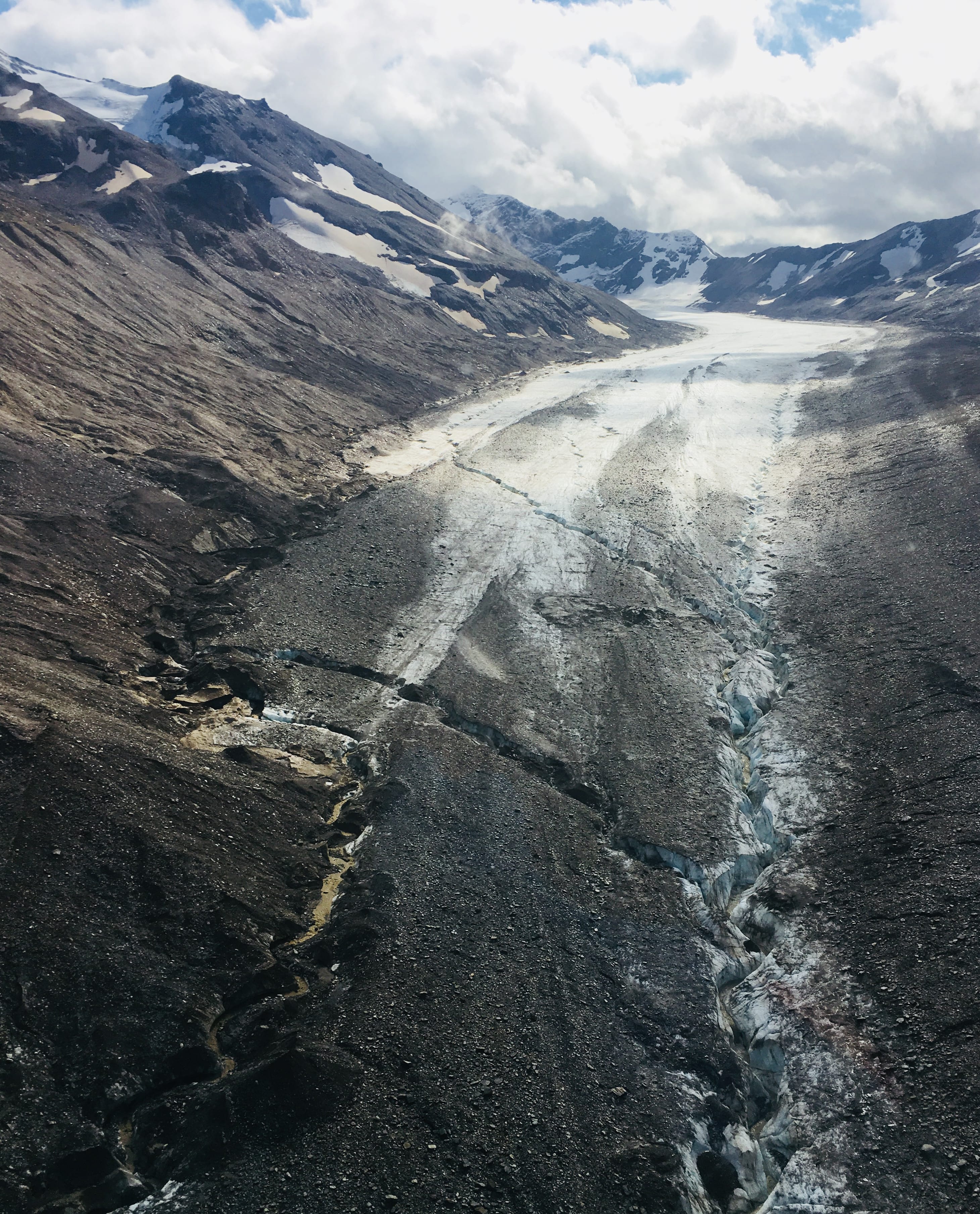 Jarvis Glacier and its debris field in August 2018. The bare ice surface has retreated over one mile since the late 1940’s. PC: A. Liljedahl

Hydrology research addresses questions about the movement and distribution of water, which can take many forms in the Arctic. So it may come as no surprise that Liljedahl’s team collects many different data types as part of their research. 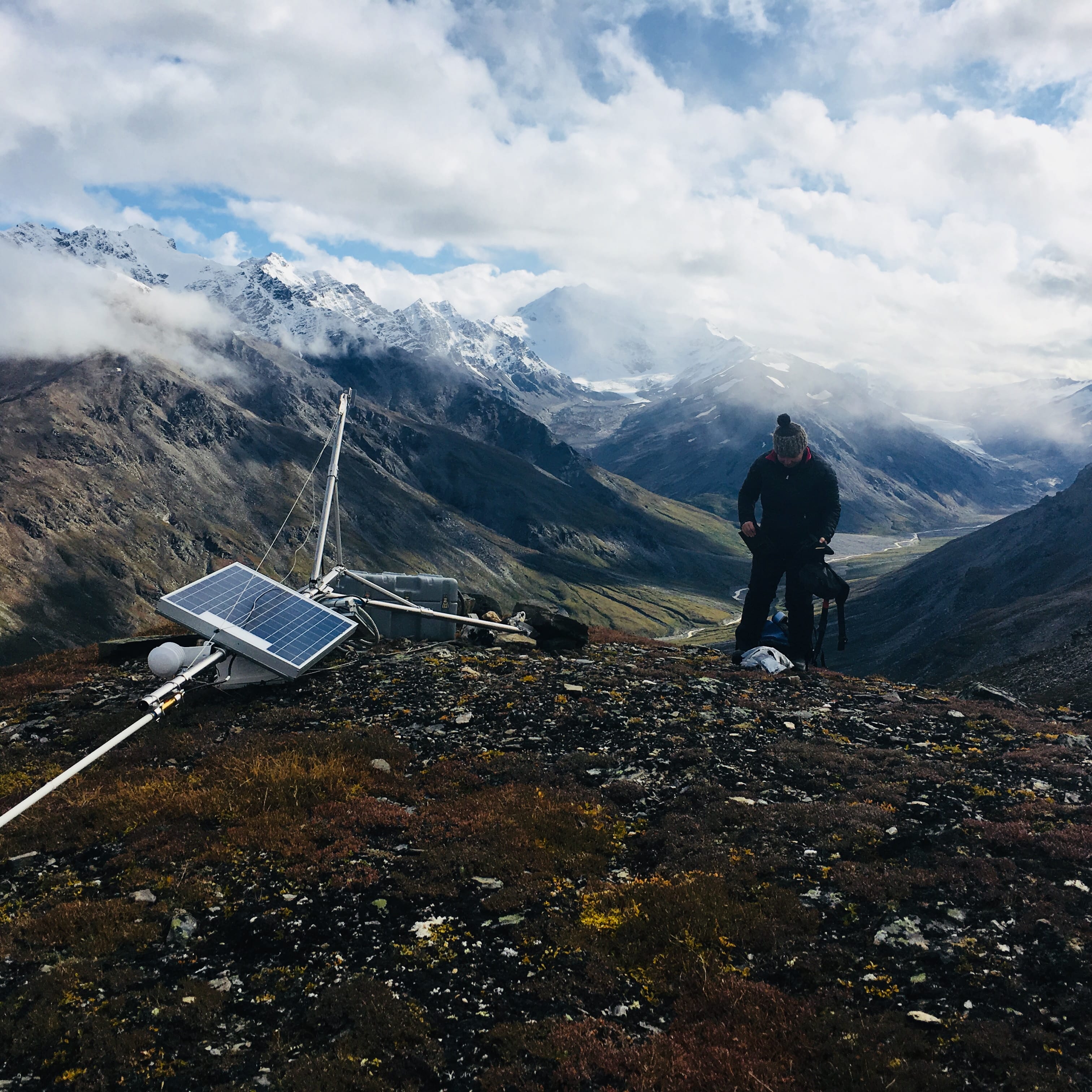 Research Professional Emily Youcha working on the repeater site, which allows weather data from the Jarvis Glacier meteorological station (1750 meters above sea level) to be transmitted to the cellular network. PC: A. Liljedahl

This specific dataset contains lowland groundwater levels and temperatures from Jarvis Creek located in the Eastern Alaska Range in Interior Alaska, making it just one piece of the project’s research puzzle. In fact, this groundwater level and temperature data continue to be collected from the small town of Delta Junction, with the gracious support of the local community, as the project continues.

The project’s data indicate that the lowland groundwater follows a deep underground path, says Liljedahl; since, despite discontinuous permafrost and seasonal surrounding air temperatures dipping to -50º C, the water remains at a fairly warm 6º C throughout the year. The data also show that the groundwater levels vary seasonally, with large fluctuations of up to 12 meters a year coinciding with river seasonality.

“Our discharge measurements show that up to 50% of the annual discharge from the mountains is lost to aquifer recharge through the streambed,” notes Liljedahl. “Simultaneously, about 15% of the streamflow is from glacier melt, which is projected to nearly disappear in a few decades as the mountain glaciers continue to shrink.”

With groundwater data a rarity in Alaska, Liljedahl hopes that her team’s data can benefit researchers working on projects ranging from ground heat flux to fish habitat management and sediment transport. “By studying Jarvis Creek, which is relatively accessible compared to other Arctic  glacier-fed rivers,” notes Liljedahl, “we can learn more about the role of smaller mountain glaciers to semi-arid Arctic landscapes.” She’s hopeful their work might even inspire others to explore the connections between glacier-covered mountain hydrology, lowland groundwater levels and river discharge within and outside  the Arctic region, to see if they can discover similar phenomena.

Want to learn more about the project? Check out the dataset to examine the groundwater data yourself and make sure to read the project’s open-access publication: Glacierized headwater streams as aquifer recharge corridors, subarctic Alaska. You can learn even more about the project in recent EOS and GeoSpace blog articles and on the GlacierHub website (Article 1, Article 2). As Liljedahl and her team continue to collect data, you can also check out near real-time data from weather stations and repeater stations located between the Delta River and Jarvis Creek. Finally, don’t miss out on more photos of the field site on the University of Alaska Fairbanks Photo Archive. Because after all, as Liljedahl lovingly notes about Jarvis Creek, “if you’re gonna do fieldwork, why not do it in a pretty place?”

The confluence of waters from the Jarvis and Riley Glaciers looking south toward Silvertip Mountain in August 2018. PC: A. Liljedahl