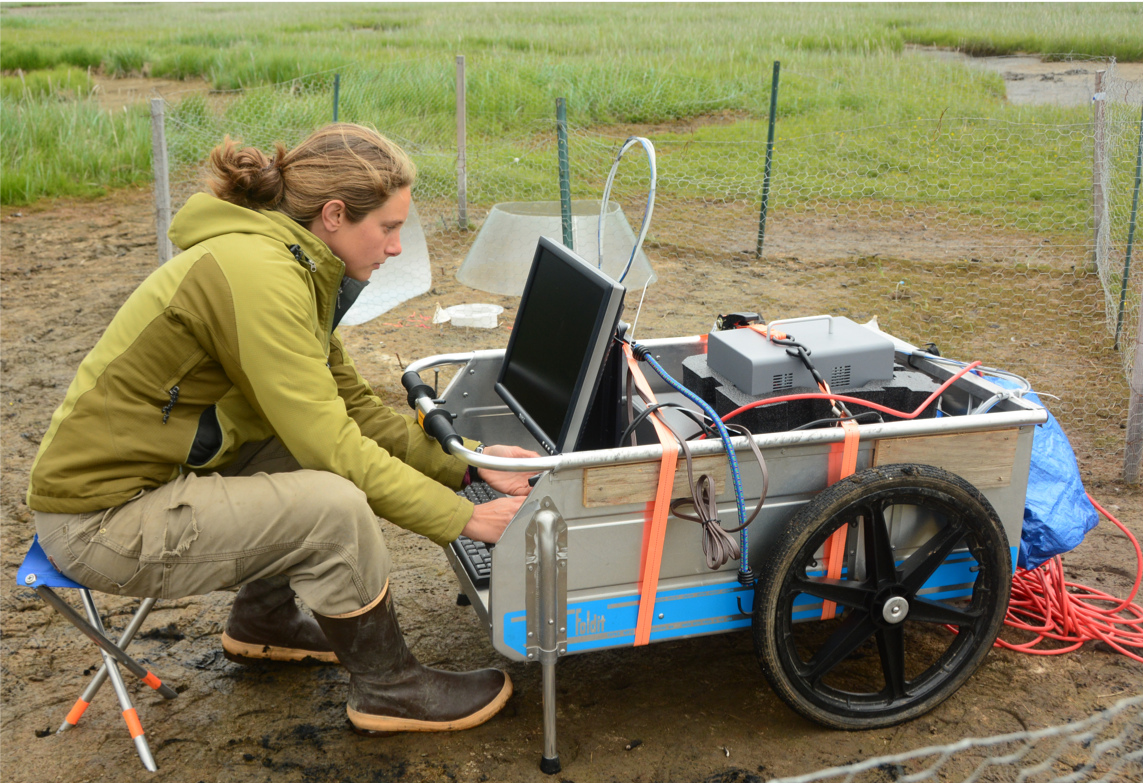 Highlight: “These data are critical for understanding how climate-induced changes in the timing of migratory herbivore grazing should be included in projections of the role of Arctic and Subarctic ecosystems in the global climate system,” – Dr. Kathy Kelsey.

Phenological mismatch is when the timing of food and/or habitat availability for a species is altered relative to that which that species is accustomed. It’s also a phenomenon becoming more prevalent in a changing climate. As climatic changes lead to an earlier spring in the Arctic and many other parts of the world, the timing of herbivore migration and grazing is also changing. Dr. Kathy Kelsey, a Postdoctoral Fellow at the University of Alaska, Anchorage, and her team led by Principal Investigators Dr. Karen Beard, Dr. Jeffrey Welker and Dr. Joshua Leffler, know this well. 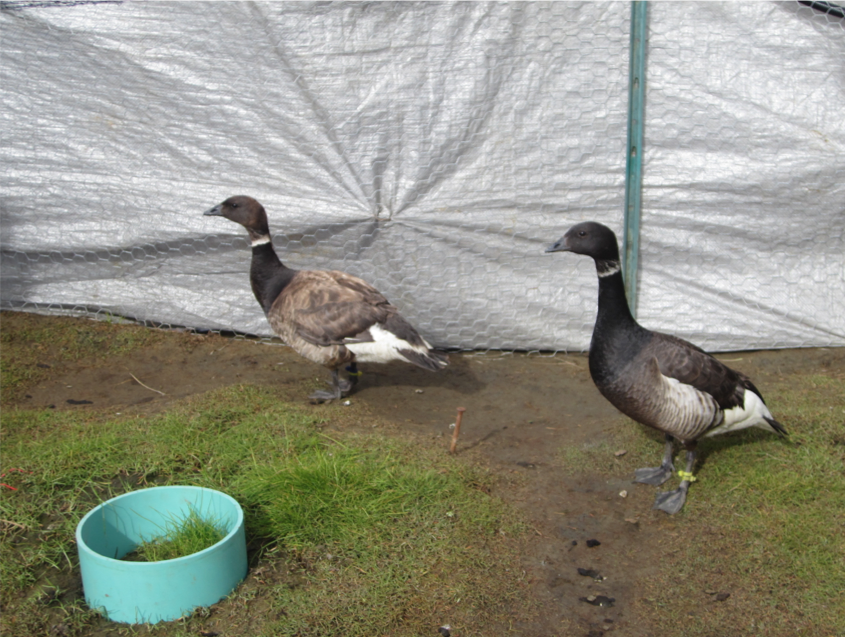 But while phenological mismatch is known to have effects on herbivore populations, Kelsey and her team are specifically investigating how these timing changes affect interactions between the biosphere and the atmosphere. To do this, they collected data on the exchange of greenhouse gases, including carbon dioxide (CO2), methane (CH4) and nitrous oxide (N2O), between the ecosystem and the atmosphere. This particular dataset helps to understand how changes in the timing of the growing season and the timing of goose grazing affect greenhouse gas fluxes.

Addressing their research questions really is a team effort. To collect and analyze their own data, Kelsey’s team relied on other available data – including data on geese arrival, nesting and hatching from the U.S. Fish and Wildlife Service, and data derived from remotely sensed images from colleagues at the U.S. Geological Survey to determine the start of spring. Kelsey’s project is also part of a collaborative project that’s generated data on the effects of phenological change on plant biomass, plant percent nitrogen (%N) and carbon (%C), and other plant biogeochemical data. 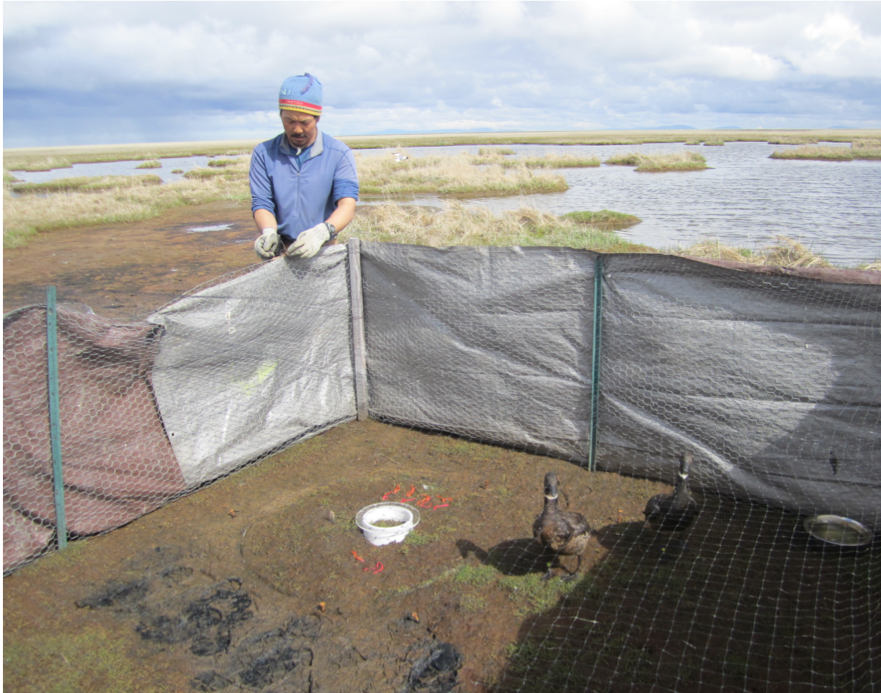 This research was conducted on the coastal wetlands of the Yukon-Kuskokwim Delta in western Alaska, with team members from University of Alaska, Anchorage, and Utah State University. Kelsey notes that this coastal wetland field site along the mouth of the Tutakoke River, with its “abundance of wildlife and the vibrant, smoldering green glow of the vegetation in the low-angle sunlight,” is one of her favorite places in the Arctic. Given the rarity of greenhouse gas exchange data from remote regions of the Arctic and Subarctic, much less data for all three gases, Kelsey hopes that the data generated and made available from this project will be useful to a variety of researchers as they continue to investigate and address the global influences of a changing climate.

To learn more about the project, check out the dataset and read the publication resulting from the research. And, to learn what life was like during the project at the Yukon-Kuskokwim Delta field site, check out this video. 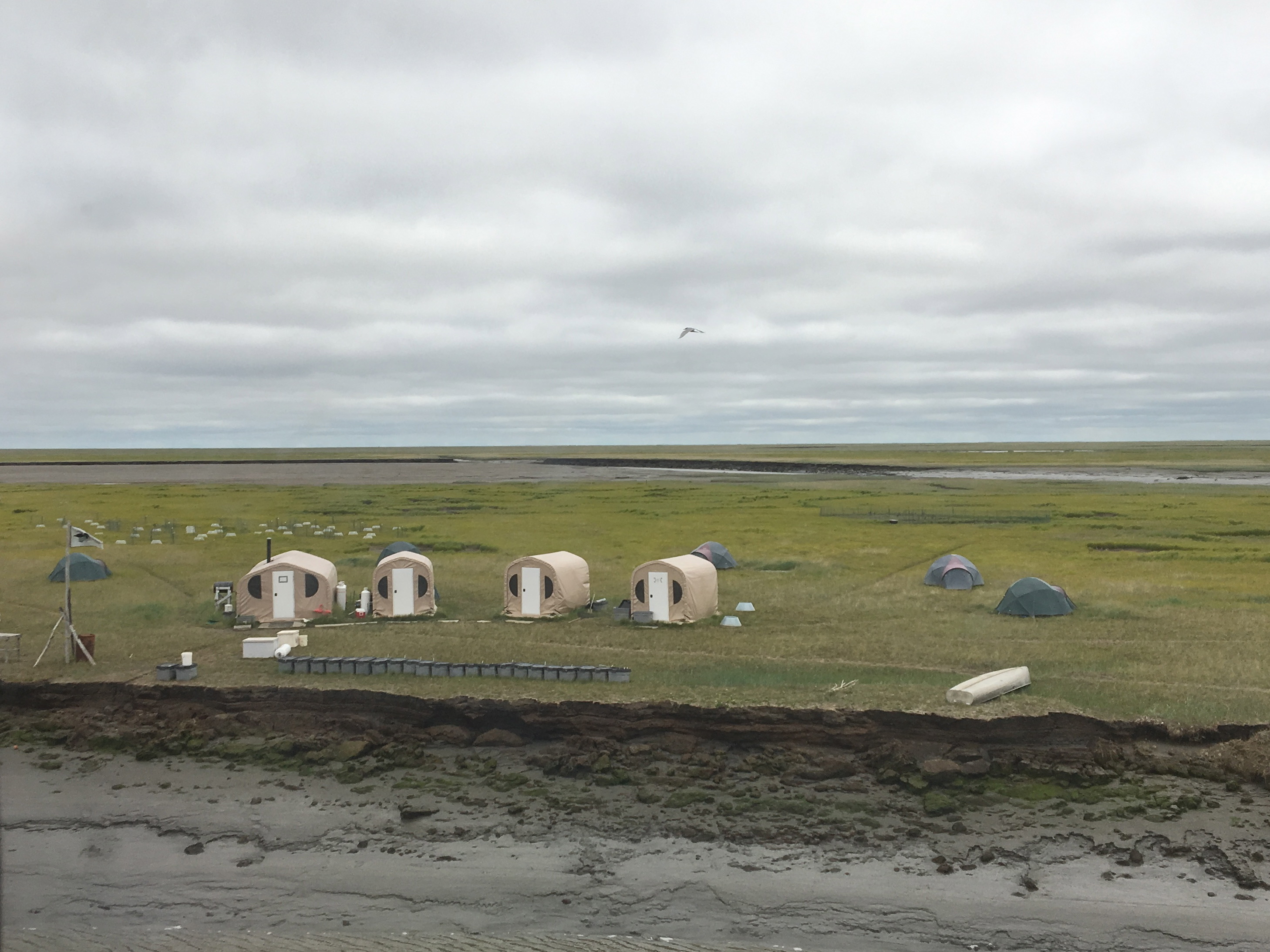