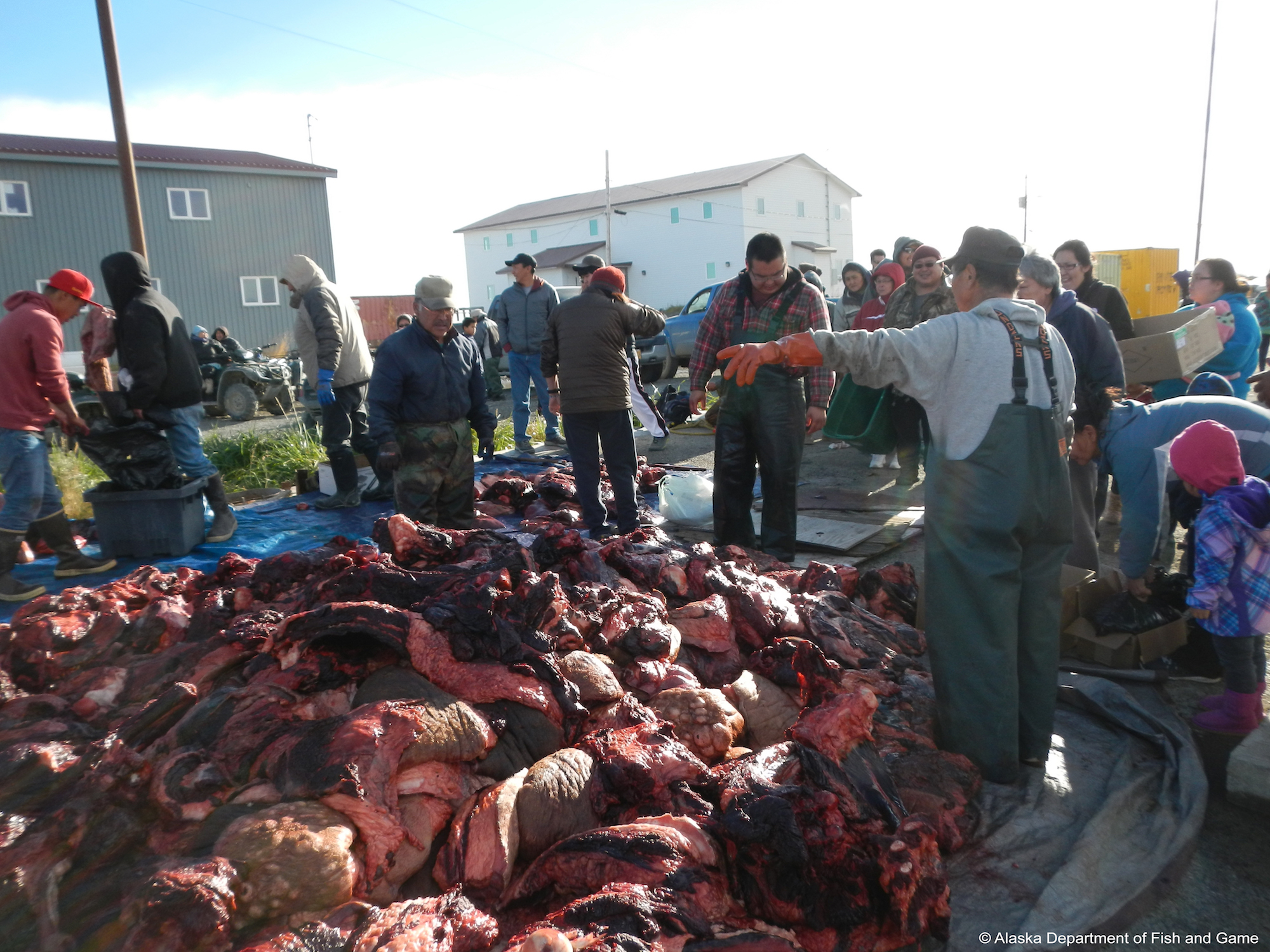 Distribution of the walrus harvest in Togiak. Photo courtesy ADF&G

Highlight: “It is our goal to accurately describe contemporary subsistence activities and the issues faced by Arctic communities, all in support of sustaining these communities into the future,” – Dr. James Fall.

This dataset, part of the same Bering Sea Integrated Research Program as a previous dataset highlight, investigates the implications of climate change for the Bering Sea ecosystem and communities through the lens of local and traditional knowledge. Dr. James Fall, research director of the Division of Subsistence of the Alaska Department of Fish and Game (ADF&G), and his team investigated subsistence harvesting by learning from members of three different Alaskan communities – Akutan in the Aleutian Islands, Togiak in western Bristol Bay, and Emmonak on the lower Yukon River. Despite the distance between these communities, they all depend on the natural resources of the Bering Sea to support their economies and daily lives.

The researchers gathered data on resource harvests, demographics, and cash economy (i.e., job seasonality and type) in each community through voluntary, confidential surveys. Fall explained that the resource harvest data recorded whether households used, attempted to harvest, harvested, received or gave away the fish, mammal, bird, marine invertebrate and wild plant resources available for subsistence use in their traditional harvest areas. 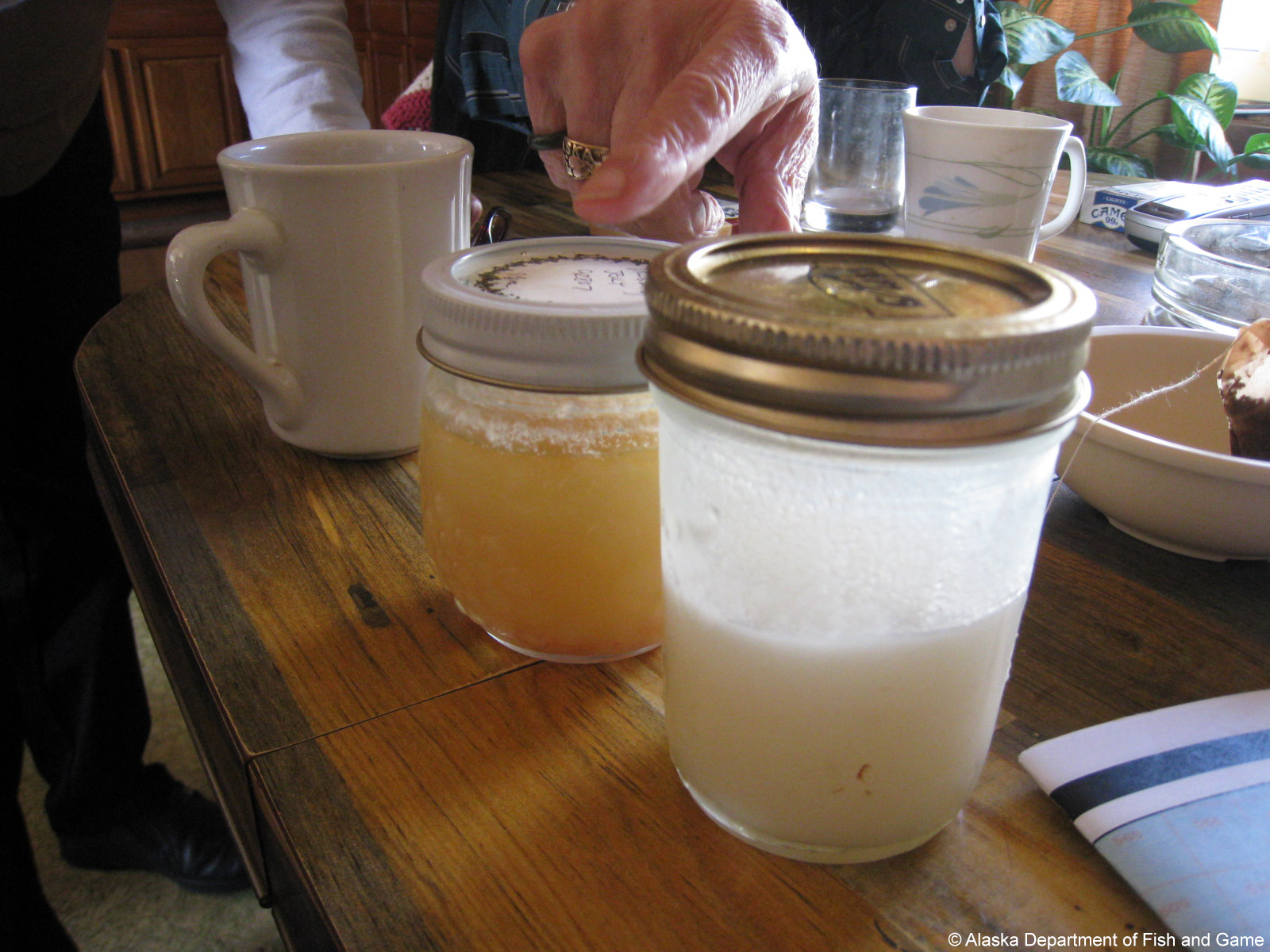 The survey results in the 2008 study year indicated that, in all three communities, subsistence harvests provided a large portion of the local food supply. Noticeable changes in harvests, however, had recently occurred. In Akutan, there were lower harvests of sea lions and waterfowl. In Emmonak, marine mammal harvests shifted from ringed seals to bearded seals and the role of moose in the local diet substantially increased. Salmon harvests in Togiak increased, in contrast to decreasing harvests of large land mammals.

Why have these alterations in subsistence use occurred? Locals noted that the reasons are multifaceted and complex, but changes in resource access play a major role. “Access is influenced by environmental factors like abundance, distribution and weather,” says Fall, “along with economic factors, including equipment and fuel costs.” There was a consensus among surveyed locals that a lot of changes are occurring – physically and biologically in the ecosystem, as well as economically, socially, and culturally in the communities.

“The residents of the three Bering Sea communities have been able to respond to these changes so far,” says Fall, “but their future is less clear if such changes intensify or accelerate.” 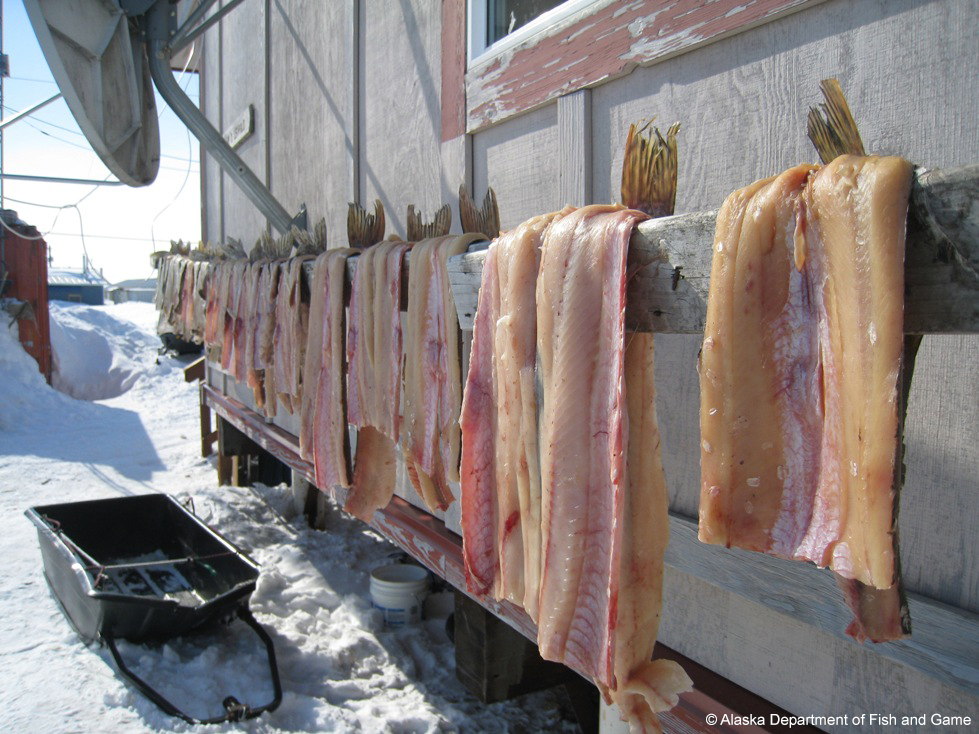 The data from this study are being applied in a wide range of regulatory and planning settings, proving valuable to the Alaska Board of Fisheries, the Alaska Board of Game, the North Pacific Fishery Management Council and the Federal Subsistence Board, to name a few. But Fall notes that continuing to make the qualitative traditional and local knowledge data from Arctic communities more accessible is important to understand the changing Arctic. One way the ADF&G’s Division of Subsistence is addressing this issue is through the Community Subsistence Information System (CSIS), their online database. It’s searchable by community, year, and resource, and the results of searches can be downloaded into Excel files. “All ADF&G harvest survey data are included in the CSIS, as well as findings from most other known harvest survey projects that we know of using comparable methods,” notes Fall. “We encourage others who are interested in these kinds of projects to contact us for potential partnerships and inclusion of findings in the CSIS”.

Check out the dataset to learn from the knowledge shared by the Akutan, Togiak, and Emmonak communities in this study, and explore CSIS datasets for insights from more Alaskan Native communities.