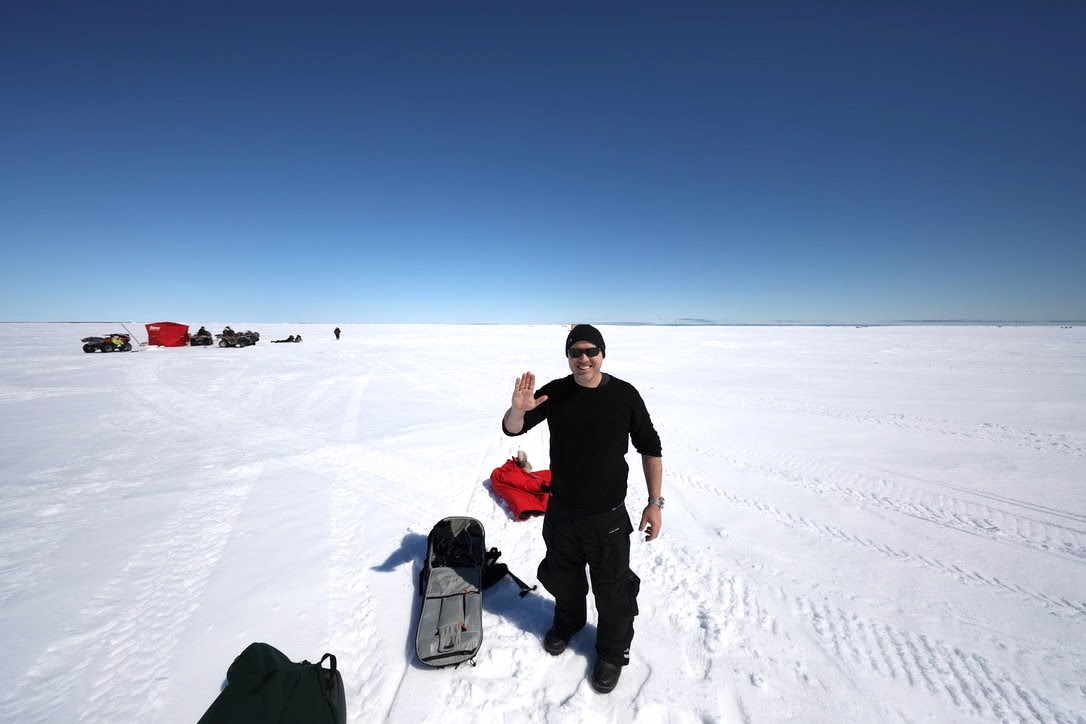 Dr. Timothy Pasch is a dual US-Canadian citizen and an Associate Professor of Communication at the University of North Dakota. He is a fluent French and Japanese speaker and for nearly 15 years has been traveling to Nunavut and Nunavik, where he is a student of the Inuit language of Inuktitut. His research in the North American Arctic focuses on culturally-connected technology education providing tools enabling economic development grounded in local community needs.

Currently funded through the NSF Arctic Social Sciences division, Timothy has spent time traveling and living with Inuit and Iñupiat people in Nunavut and Alaska. In his research he has gathered human subjects data regarding small business development and the incorporation of traditional language with technology.

Timothy was excited to be a part of the Arctic Data Center training so that he could better understand how to differentiate between open access (shareable with the scientific community)  and sovereign (protected) data.

He commented: “In terms of human subjects data, we can’t just use the cloud as a repository; we really need secure spaces that cannot be hacked.” The Arctic Data Center provides a secure place for that data. Currently, Timothy has aerial footage of Arctic topographical factors of Huslia, Alaska stored in the Arctic Data Center’s repository. 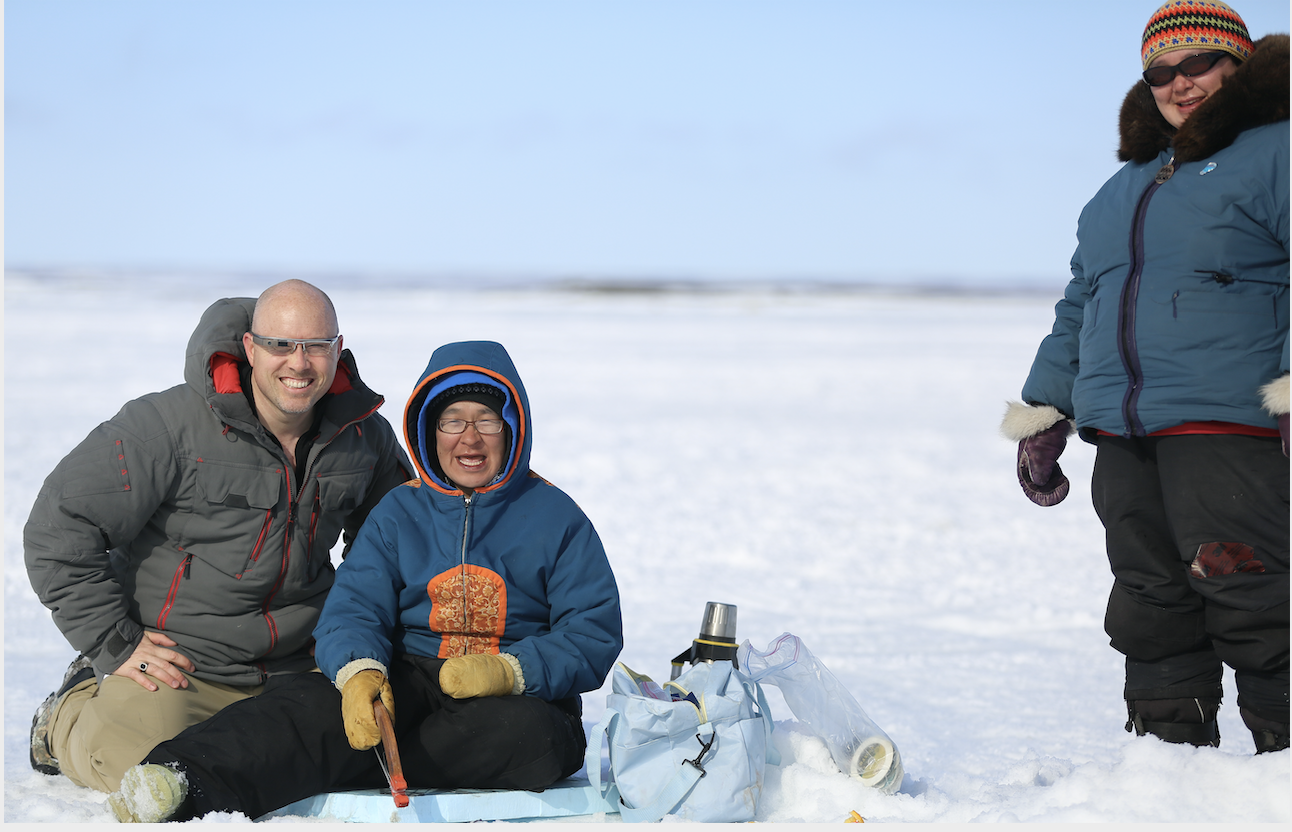 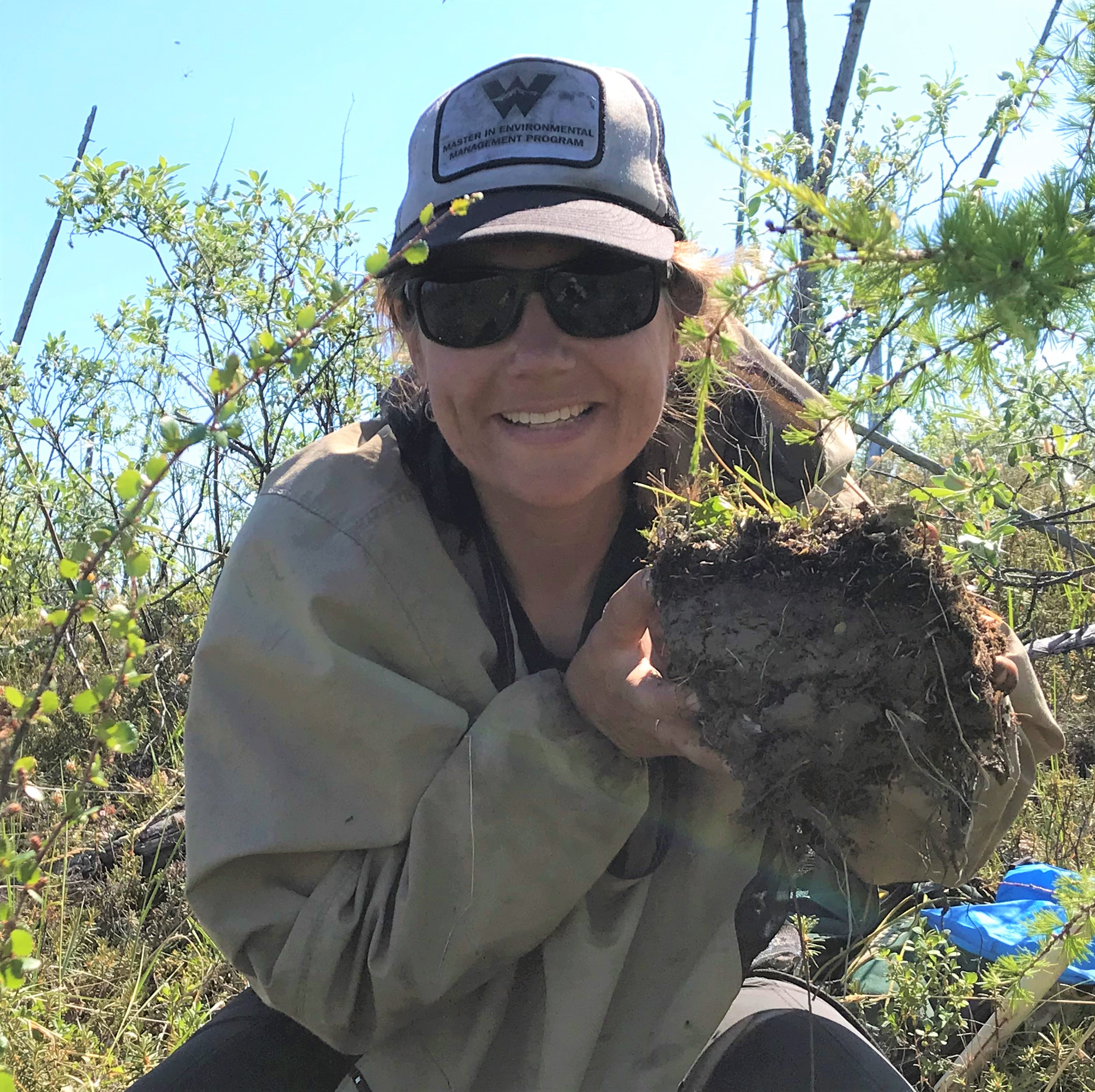 Dr. Jennie DeMarco is a Siberian Arctic researcher and a Lecturer of Environment and Sustainability at Western University in Gunnison, Colorado. Her Arctic research primarily focuses on shifts in ecosystem dynamics in response to fire disturbance, corresponding carbon emissions, and resulting impacts on permafrost.

As a professor and researcher, Jennie finds it imperative “to provide an inclusive environment in science for people of all economic statuses and backgrounds [where they] can access scientific information [through] open access.”

In regards to the training, Jennie mentioned that “a couple of main things that have stood out: how to better archive [her] data in the Arctic Data Center and how to write a data management plan. [She is] in the process of trying to write a grant, and that section is in [the training], so it was super helpful to know what should go into there along with having the online template to create a data management plan.” 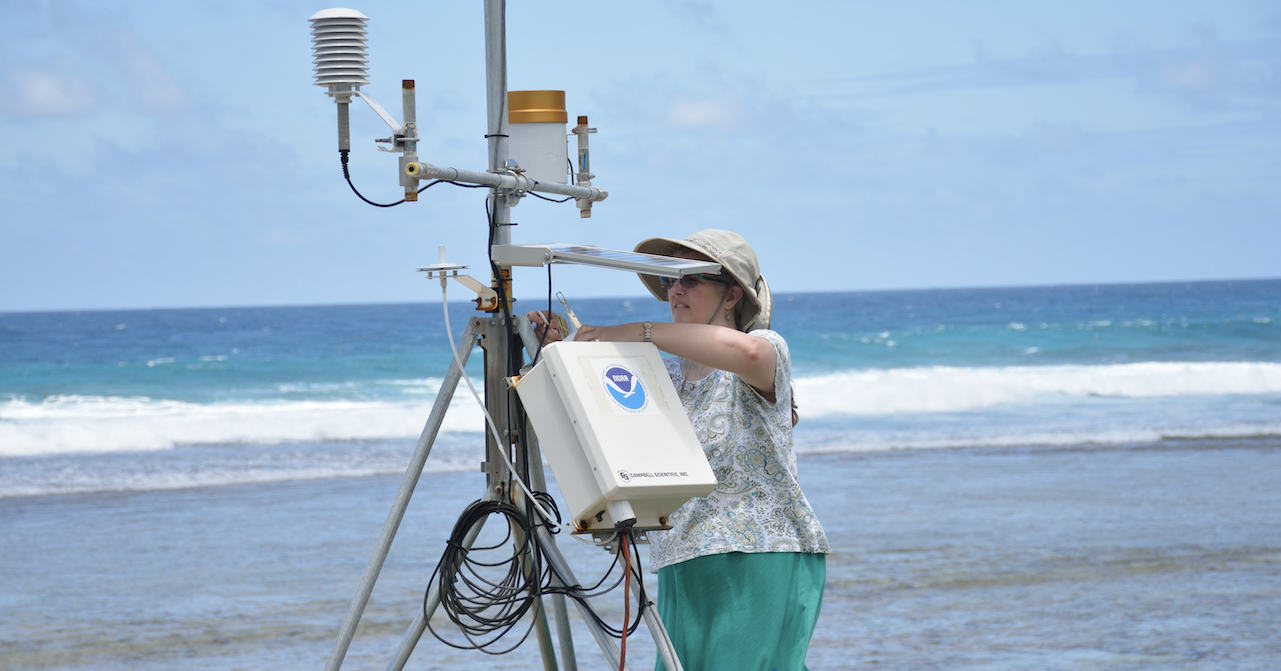 Leslie setting a radiosonde in the shade of a solar panel on top of a data logger box so that it could equilibrate to ambient conditions before being launched. This photo was taken at Kiritimati Island in the Republic of Kiribati during the El Niño Rapid Response (ENRR) field campaign. Her wealth of technical knowledge in the tropics carries over to the Arctic fairly seamlessly. Photo courtesy: Gabriele Kerber. 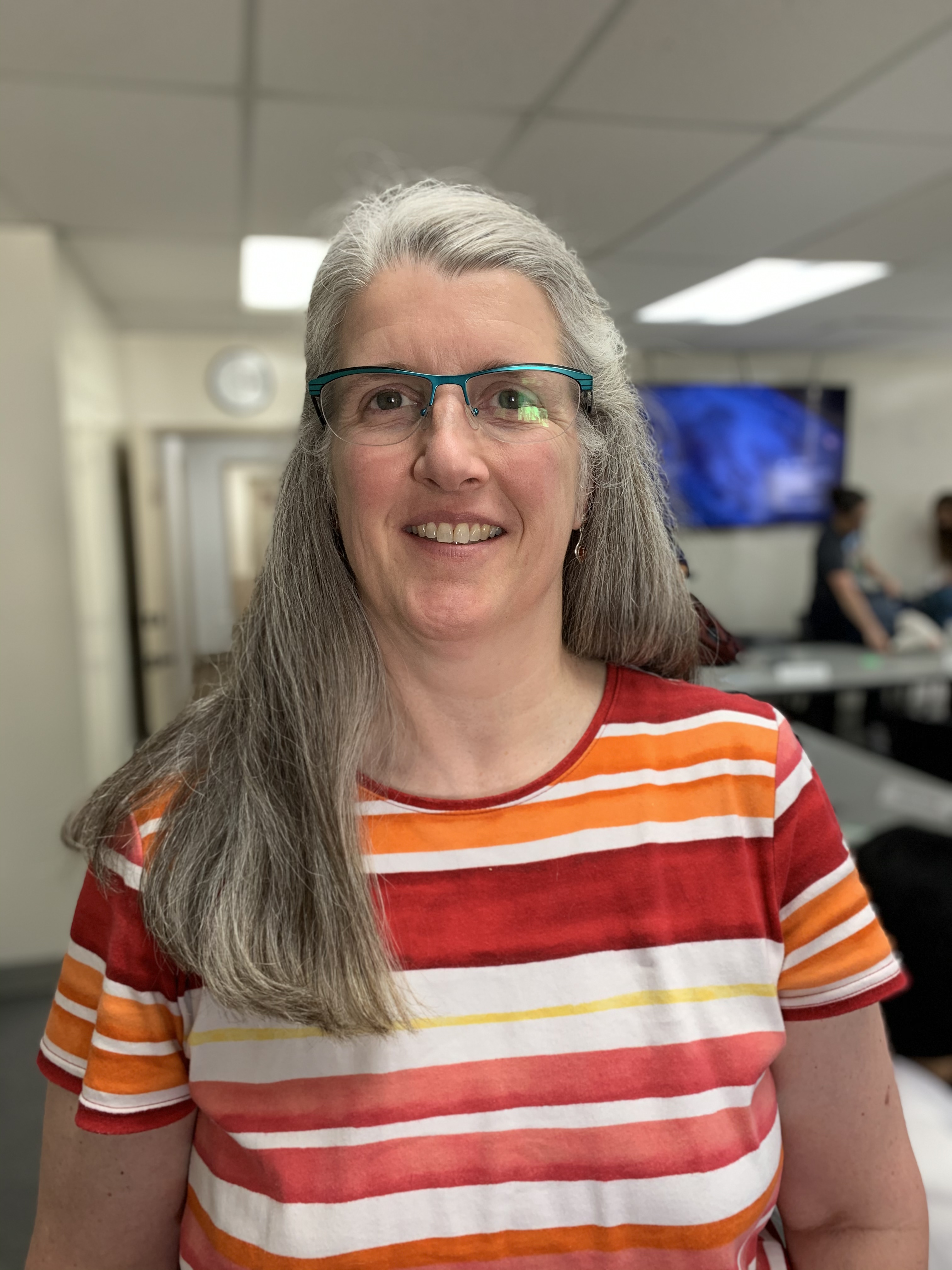 Dr. Leslie Hartten is a research meteorologist associated with the Cooperative Institute for Research in Environmental Sciences (CIRES) at the University of Colorado Boulder and the National Oceanic and Atmospheric Administration (NOAA).

After spending more than 30 years conducting research in the tropics, Leslie transitioned to the cold side and began her Arctic research just last year! Leslie is a participant of the Year of Polar Prediction super-site Model-Intercomparison Project (YOPPsiteMIP), a project that focuses on heavily instrumented sites at all three poles (Arctic, Antarctic, and Himalayas), and will include the MOSAiC expedition.

With her respective organizations, Leslie is gathering data into Merged Observatory Data Files (MODFs), ensuring that data is accessible and cohesive in format and resolution so that process modelers can inform their models with observations and therefore dig deeply into how key processes are functioning.

As Leslie works with various scientific communities on merged observatory data files, it can often be difficult to agree upon a list of semantics – how variables are named and defined. She has found it very gratifying to work with individuals from the Arctic Data Center who carry “that mix of technical and computer-oriented metadata knowledge, philosophical open data knowledge, and scientific knowledge,” needed to have a clear and collaborative data conversation. She found that, as a result of this training, she is “getting language that [she] can use in [these scientific community] discussions in the future.”

Dr. Anna Talucci is a Siberian Arctic researcher and postdoc at Colgate University in New York. Her research focuses on mapping fires across Siberian Larch forests. Specifically, she is looking at the relationships between area burned and gradients of burn severity and how these relationships might influence permafrost and albedo dynamics.

Throughout the training, Anna came to appreciate that she could use and improve her own process of data management by having R “talk” to Git to create an ongoing repository of her scripts.

Another major takeaway that Anna got from her Arctic Data Center training was that she felt like she had “better tools to work with undergraduate researchers…[and that] being able to give them good habits to start with is a really great thing.” 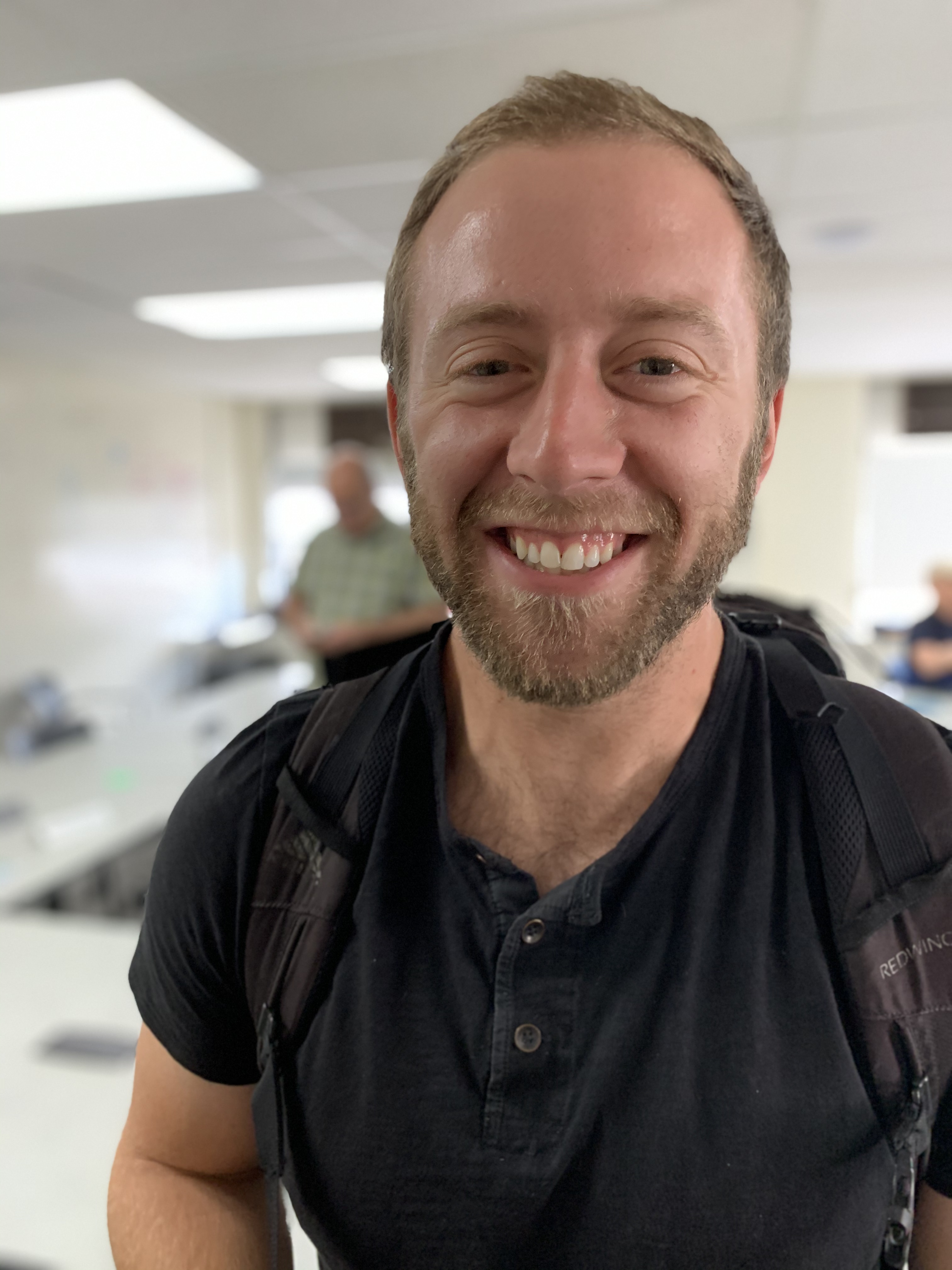 Michael Sousa is a second year Masters student at the University of Minnesota focused on ecological research in areas of sensitive permafrost in Alaska.

Michael works to quantify soil carbon in permafrost affected soils, such as those of the complex patterned landscapes in northern Alaska. He also takes part in digital soil mapping for difficult to access areas that are lacking current soils data using R and machine learning.

Michael finds that there are definite limitations to using paid software, such as inefficiency that comes from the lag time between updates and bug fixes. He thinks that having your data open and using open source software is the best way to ensure that “when you finish and drop a data set and move on to something else, someone else could pick it up and find out exactly what you did without running into the roadblock of not having a license for a certain software.”

In regards to having a community of open science, Michael raised a good point when he said that it “keeps people in check and makes you more accountable for the work you do.  If you share your data and you are using open-source software, somebody could download [your data and metadata] and, in theory, reproduce your work and results.”